Hundreds of thousands of fans have already applauded the JUZI. The Juzi are «Die Jungen Zillertaler», and they’re in their 25th year of appearing on stage, appearing 35 times already on the famous Musikantenstadel show. After performing to a cheering audience at a showcase at the Ycoor Ice Rink just before the prizegiving ceremony and the draw for the Combined (Sunday, Downhill at 10.30 and slalom at 13.30), the Austrians gave a great show at a packed «Régent» hall. On top form, they shook the foundations of the tennis courts which had been transformed into a concert hall for the occasion.

«Die Jungen Zillertaler» are one of the most popular groups on the European folk music scene. They continued to build a great atmosphere after a very successful first concert by their colleagues, the Genderbüebu. This accordian quartet from Upper Valais is also extremely popular: they recently received the Golden Award from the folk music programme Viva on the SRF1 channel. «Folk music is part of the White Circus », declared Hugo Steinegger, manager of the World Cup party. « We have to keep this celebration in Crans-Montana’s race programme.» 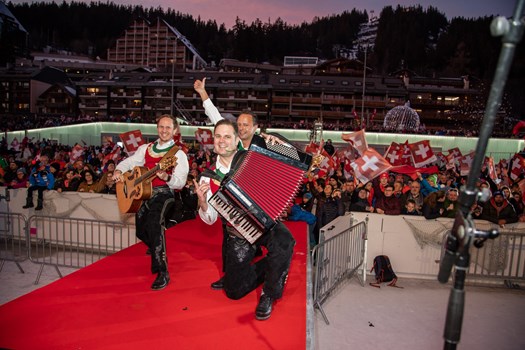 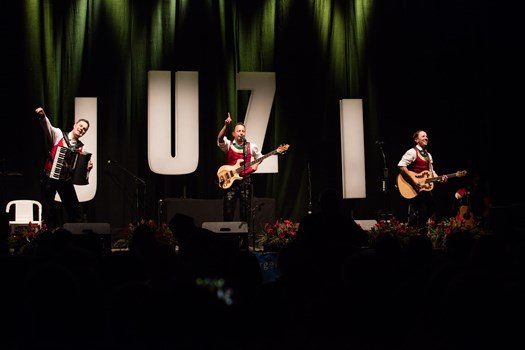 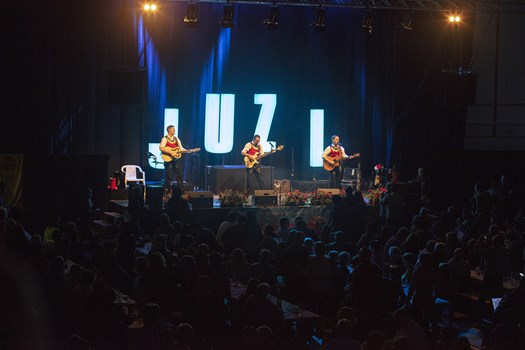 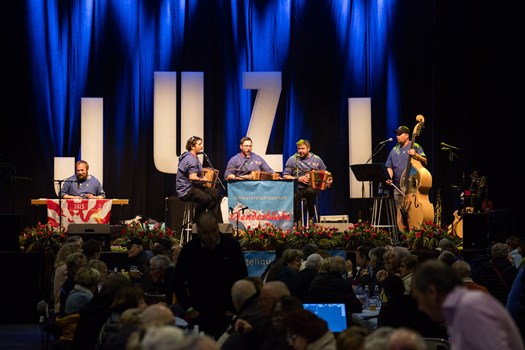 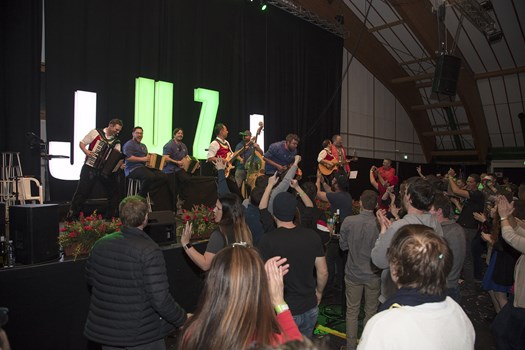 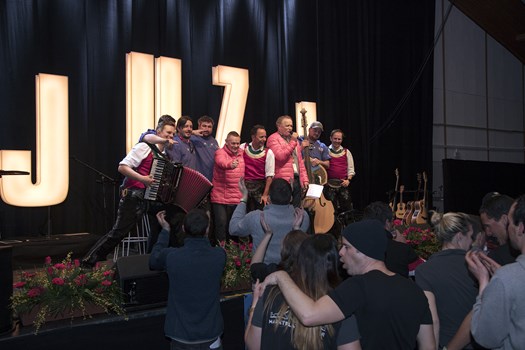