The highlights followed on from one another on Saturday evening at the Ycoor Ice Rink in Crans-Montana. A variety of entertainment kicked off the festivities, followed by an exciting concert by the well-known Swiss folk group, Oesch’s die Dritten.  An emotional moment followed, as Marius Robyr, President of the World Cup Races Organisation Committee, awarded a magnificent personalised leather cowbell to each of the fantastic Swiss Olympic medallists, namely Michelle Gisin, Wendy Holdener and Denise Feierabend. A huge crowd greeted the champions,  and congratulated them with thunderous applause. The same warm atmosphere reigned during the prizegiving for the Super-G that followed. Ice Cross riders played their part in « bib delivery», hurtling down their famous ice piste, as they’d done on Friday, something never seen before at a World Cup. Fireworks and an Ice Disco ended the celebrations as usual. Compliments to the organisers and the entertainers! 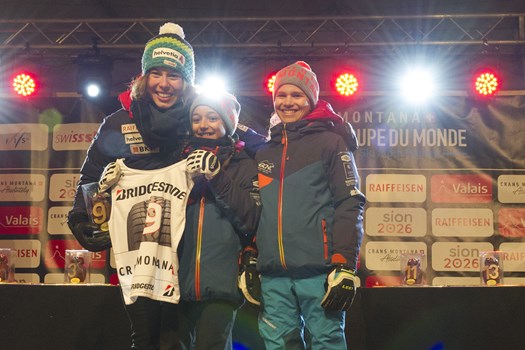 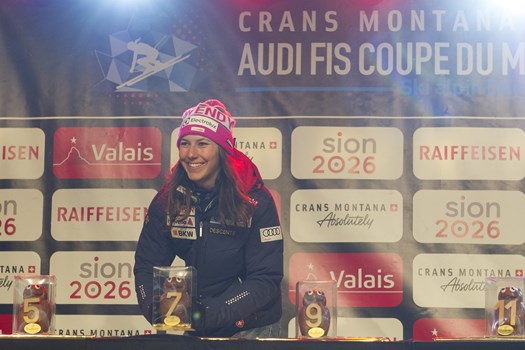 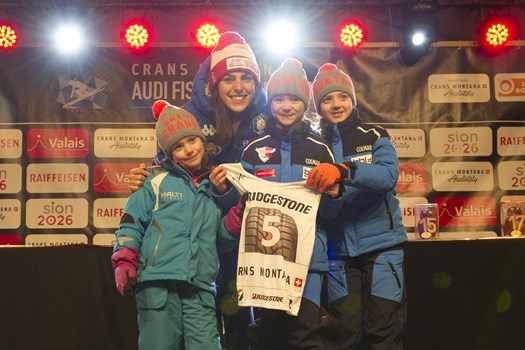 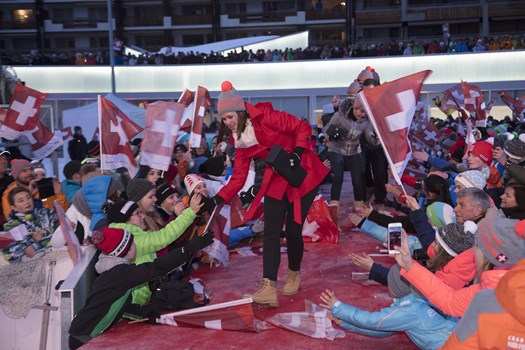 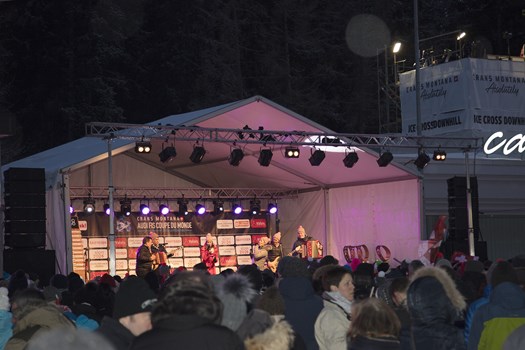 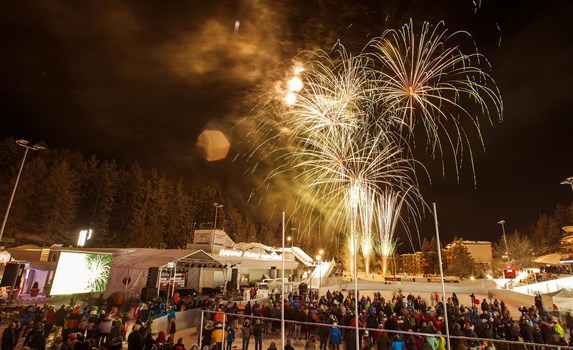