The high quantity of snow that fell on Crans-Montana had its say on the ladies world Cup downhill on Saturday. The competition has be reprogrammed for Sunday at 10:30am replacing the Alpine combined race.

Programmed for Saturday at 10:30am, the start had been changed to 12:30pm.  However, at 9:15am, the organisers had to face the truth: with all of this snow, they could not prepare the slope on time.

"Between 80 and 90 cm of snow fell at the summit of the slope at night.  Because of the wind, there was even 1m20 in some places",explained Marius Robyr, the presidnet oft he organising committee.  "More than 200 people and five slope tractors worked all night.  We did our best, but it was an impossible feat.  With such a quantity of snow, we could not prepare a quality slope with sufficient safety for the lady skiers", he admitted.

"I am dissppointed for the 500 people that have been working for one week on the slope.  And also for the 15,000 spectators that were expected on Saturday", he continued.  The deception also has a financial cost, even if the organisers are insured for this type of situation. "The loss for such a cancellation is worth approximately 200,000 francs", estimated Marius Robyr.

Already in March 2014, during the last appearance of the white Circus in Crans-Montana, the Downhill on Saturday had been cancelled, because of fog at the time.  And as was the case two years ago, the Downhill was postponed to Sunday to replace the Alpine combined race, that was not to be reprogrammed later in the season.  Bad news for Lara Gut, who is counting on this discipline for make points facing Lindsey Vonn in the general rankings.

Now we can hope that the snowfall is lower in Crans-Montana, where a slalom run is still programmed for Monday 15 February (1st round at 10:00am/2nd round at 1:00pm). "It will be difficult given that it is continuing to snow.  However, we will not give up and shall do everything to save the two races", concluded Marius Robyr.

Programme today, Saturday for the ski fans as of 2:00pm

As of 5:00pm Square at the post, Montana : Music and entertainment followed by drawings at 6:30pm for participant numbers for the Downhill 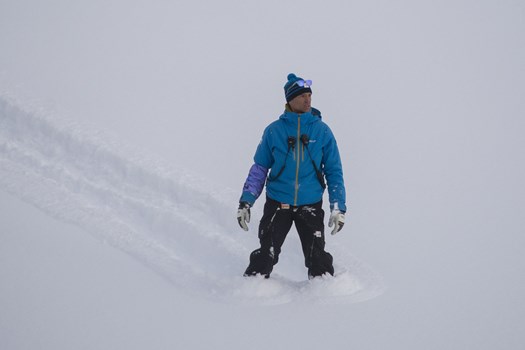 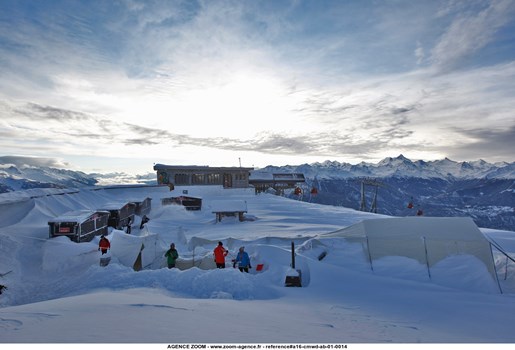 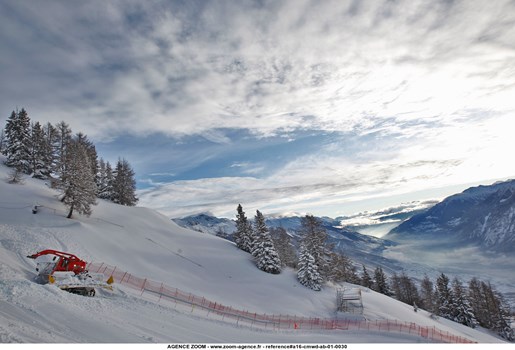