Despite less than ideal weather conditions and a lot of snowfall overnight, the three speed races planned as part of the World Cup were able to be held, and ran smoothly, in Crans-Montana. "If you had told me this a week ago, I would have hardly believed it. I would even have bet with anyone that they wouldn’t take place”, admits the president of the Organising Committee, Marius Robyr.

According to the boss of the Haut-Plateau women’s "Classic", "everyone worked like crazy to make these three competitions possible". After another successful Super-G on Sunday, Marius Robyr is even happier : "The outcome for me is extremely positive.  It almost makes you forget the accumulated fatigue".

The night between Friday and Saturday was particularly memorable for the head of the organisation. A remarkable night followed by a magnificent day, illustrating the remarkable work of his entire team: "The alarm went off at 3 in the morning. An hour later, 180 people were working on the mountain. Firstly the piste was cleared of snow, then prepared ". These efforts overnight were worth it, "because we had a superb downhill, and the sun even came out".

Saturday also illustrated the progress that has been made in the organization of the event. "We now have an exceptional team that works very hard, as well as an Organising Committee that has really grown together, with everyone pulling in the same direction. When I look at the results, I couldn’t be more satisfied ", says the brigadier, still full of energy.

Partners and employees are thanked

Marius Robyr also takes the opportunity to thank the army and civil protection. "Without them, it would be very, very difficult to organise the World Cup races ". The ski lifts are also a key partner in the whole structure. "When I call CMA and tell them that we need gondola lifts at 4am in the morning, and a little help, they reply that it’s not a problem. So congratulations to them too ! "

And the Organising Committe president doesn’t forget to thank "the municipalities, that lend us their full support and provide considerable financial backing". The competitions in Crans-Montana also receive important contributions from the Canton of Valais, including economic aid from the Loterie Romande and the Sports Fund. "Many thanks to Swiss-Ski, to the FIS, to RTS, the host broadcaster, to our loyal partners and sponsors, and also to the media." 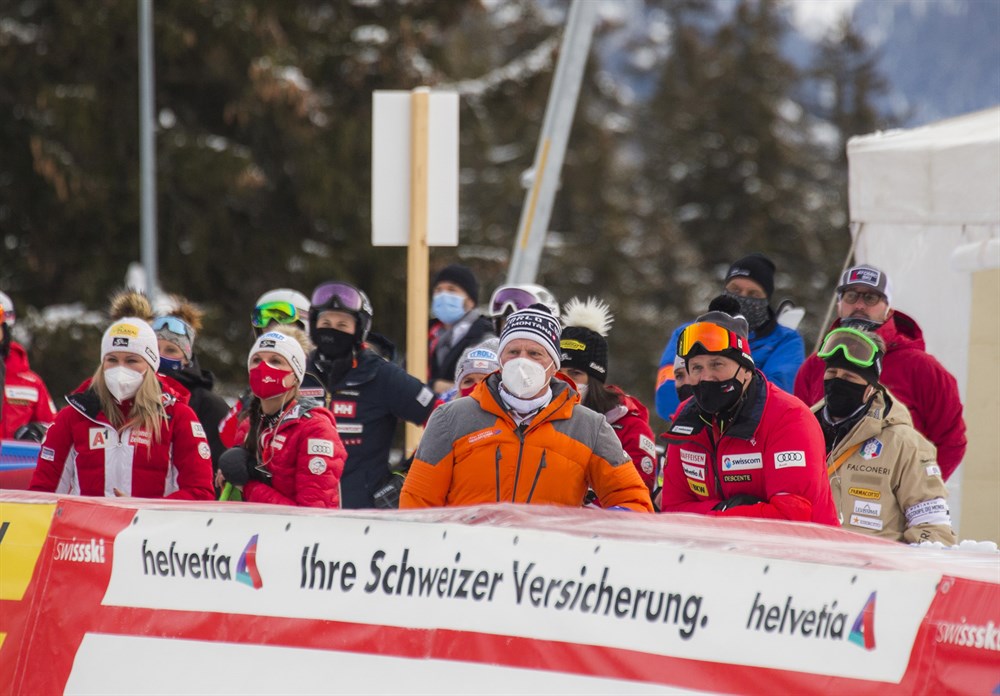