The organisation of the women’s races for the World Cup in Crans-Montana would be impossible without the help of the army. For the two World Cup races programmed, preceded by two European Cup races, the organisers can rely on much-appreciated support from the 14th Rifle Batallion, from the Canton of Geneva. Representing the army at the information and reconnaissance session which took place in Crans-Montana (photo, from left to right) : lieutenant-colonel Guillaume Genoud, commanding officer of the 14th rifle batallion, first officer Edwin Chapalay, commanding officer of the company for the PDG, captain Nicolas Pichard, commander of the 14/4 rifle company, and colonel Damian Walker, military involvement commander.

« On the Haut-Plateau, collaboration with the army has been working wonderfully for years », declares Edgar Gillioz (centre of the photo), who representants the soldiers within the organisation committee. « The strict and hierarchical organisation in the army allows rapid and efficient reactions ». From installing the finish structures to preparing the piste, putting two kilometres of security netting in place etc, they have many different tasks, and there will be no lack of work for the 220 soldiers enlisted from 13 until 26 January 2021. During this time, the troops will be stationed in Chalais, Salquenen and Chamoson. 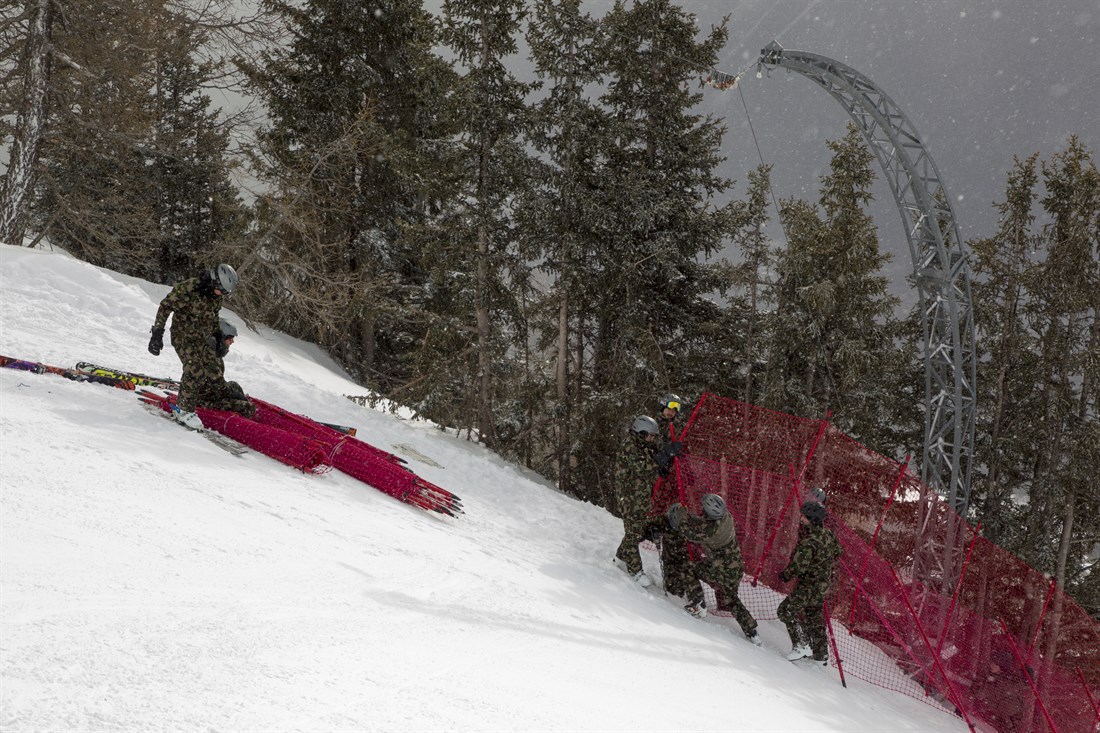 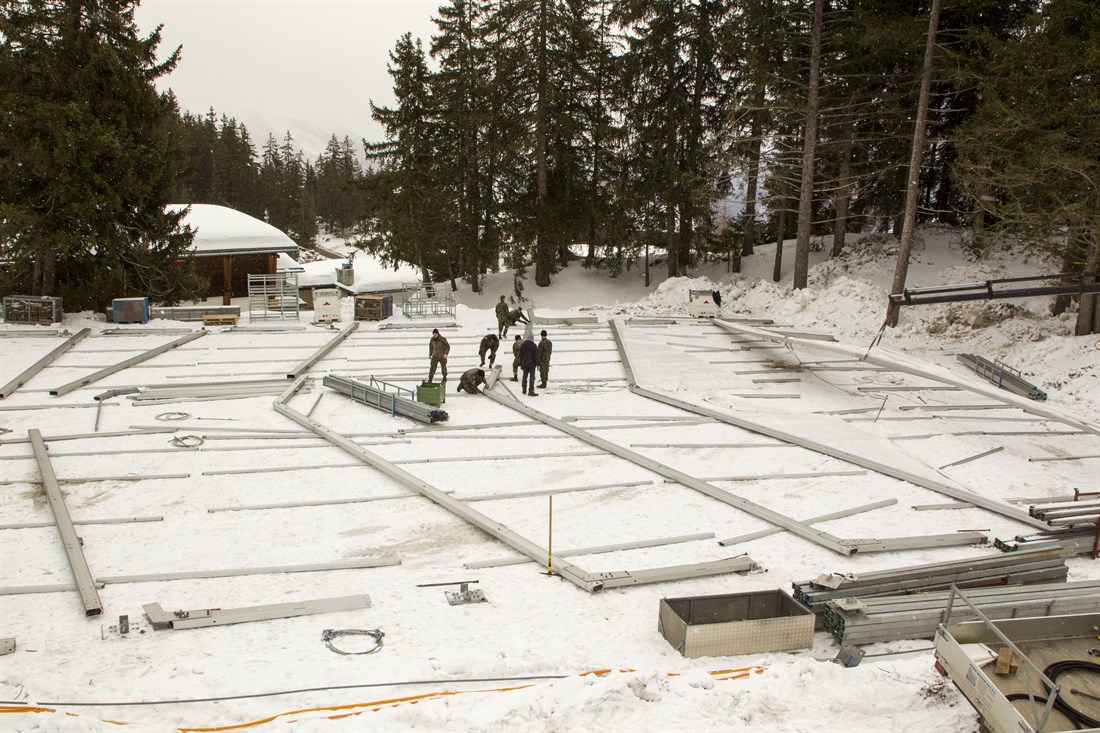