It would be practically impossible to organise the women’s World Cup races in Crans-Montana – and the men’s races in Adelboden and Wengen – without the help of the army.

The beginning of the mountain infantry 85 battalion’s involvement (from 12 until 26 February) was marked by a formal ceremony, with the handing over of the flag at the Place du Régent. With clear and precise words, lieutenant colonel i. Gst Andreas Tinner adressed his troops and engaged them with their tasks The band of retired musicians from Valais “Les gars du Rhône”, added a musical touch to the ceremony, taking the opportunity to play “Marignan”, the Valais hymn.

« In Crans-Montana, our collaboration with the army has worked wonderfully well for many years », noted Edgar Gillioz, member of the steering committee, and responsible for the military. “The army’s strict and hierarchical organisation enables them to react quickly and efficiently.”

Installation of the grandstands, erecting tents, preparing the finish area, putting up two kilometres of safety nets, preparation of the piste etc….their many tasks are also very diverse, and there is no lack of work for the 220 soldiers involved.

Lead photo, from left to right: Marius Robyr, President of the Organisation Committee, Lieutenant Colonel i. Gst Andreas Tinner, Colonel Damian Walker, cantonal chief of staff for territorial liaison in Valais, and Edgar Gillioz, member of the steering committee, in charge of the military. 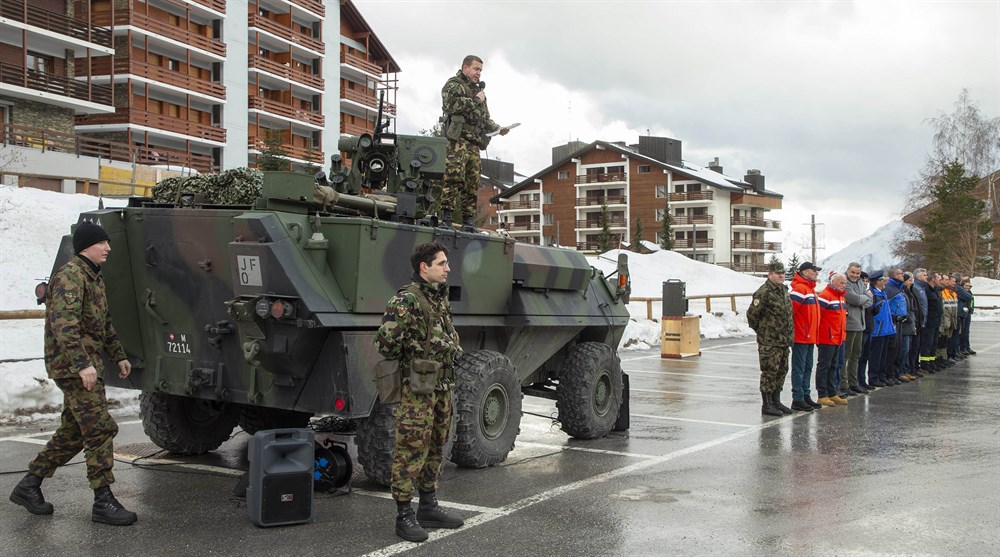 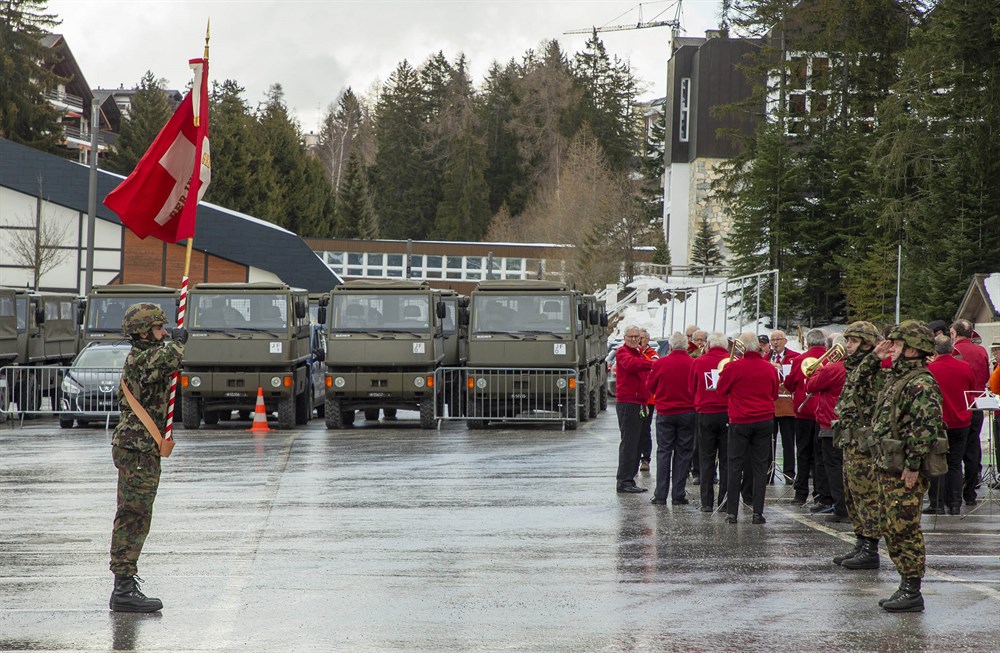