Caroline Kuyper has been appointed CEO of the Organising Committee for the 2027 FIS Alpine World Ski Championships in Crans-Montana. From 1 January 2023, Swiss-French Kuyper will be in charge of operations for these events on the Valais high plateau.

Four months after the International Ski Federation (FIS) awarded the 2027 Alpine World Ski Championships to Crans-Montana, the management of the Crans-Montana Organising Committee has found the ideal person to take on the role of CEO in Caroline Kuyper. Thanks to her previous professional activities, 58-year-old Kuyper, who is French-speaking Swiss with Dutch roots, has excellent knowledge in the fields of organisation, project management, finance and strategy. She has considerable professional experience in the private sector as well as in public administration and international sport.

Over the last two decades, she has worked in business and finance management with Nestlé. In 2012, Caroline Kuyper took up the position of CFO with the International Olympic Committee (IOC), where she was responsible for all of the financial management related to the London 2012 Summer Olympic Games, and some areas of organisational preparation for the Sochi 2014 Winter Olympic Games.

In 2015, she joined the Federal Statistical Office as deputy director, and was also responsible for the Resources and International Affairs division. Caroline Kuyper, who took part in the first International Snowboarding Federation (ISF) World Snowboard Championships in 1993 as an athlete, has since 2021 been working as Associate Vice President for Participations at the Swiss Federal Institute of Technology Lausanne (EPFL), having previously held the position of Vice- President of Finance for four years. This passionate sportswoman (alpine skiing, ski mountaineering, sailing, cycling) plans to move from the shores of Lake Geneva to Crans-Montana in the coming months. 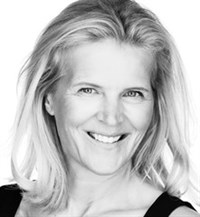 «I would like to thank the management of the Organising Committee for offering me this wonderful opportunity, and for the confidence they have shown in me. My love for Valais was forged when I was a ski racer in my teens. Since then, I have maintained a strong connection and attachment to the region, and I’m looking forward to moving here», says Caroline Kuyper. «It is a great honour to be able to take over the operational management of the Alpine World Ski Championships. It will be important for me to put the athletes at the centre of an event that is environmentally friendly, modern and which will be looking towards the future. I’m convinced that I will be able to count on the support of all those involved, the local population, the authorities and experts from the ski world, so that we will be able to organise a World Cup that will leave a positive legacy for our young people, and will be the pride not only of the Haut-Plateau region, but also of Valais and the whole of Switzerland».

« We are very pleased to have been able to secure the services of such an outstanding personality and proven specialist as Caroline Kuyper as CEO of the 2027 Alpine World Ski Championships in Crans-Montana, » says Urs Lehmann, president of Swiss-Ski and the 2027 Alpine World Ski Championships Organising Committee. «In addition to her many years of experience in management positions with renowned companies and institutions, Caroline Kuyper has a broad political and economic network, and sound knowledge of the subject. Her work for the International Olympic Committee (IOC) means she has contacts at the highest level of international sport.»

« For the region of Crans-Montana, the Canton of Valais and Switzerland, the 2027 World Ski Championships are a very important event: we will be the ski capital of the world for a fortnight, and we want everything to be perfect. Caroline Kuyper's professionalism and experience will generate an efficient dynamic between the different entities involved in the organisation of this world event. And it's great that a woman will be bringing her management style to an essentially male sector », adds Nicolas Féraud, Vice-President of the 2027 Alpine World Ski Championships Organising Committee and President of the Association of Municipalities of Crans-Montana.