An extremely positive signal was given on Wednesday evening in Crans-Montana! The Crans-Montana Association of Municipalities (ACCM) Assembly of Delegates (ACCM) said a big "yes" to the guarantee credit for construction of the new finish line stadium for the 2027 World Championships.

The guarantee credit of CHF 14.490 million was unanimously approved, thereby strengthening the municipalities of Crans-Montana, Icogne and Lens’ support for competitive alpine skiing on the Haut-Plateau. The new stadium, which will be built in the same place as the current building, will be the showcase for Crans-Montana and Valais during the competitions in February 2027. In addition to support from the municipalities, the Canton and the Confederation have also committed to support the construction of this new site.

It should be noted that the stadium, which will be level with the finish line, is made up of several different levels and a vast basement intended to accommodate production buses during the races, and provide summer storage for bulky equipment which belongs to the municipality. The premises, which will meet International Ski Federation (FIS) requirements, will of course be used for the Alpine Skiing World Cup races, as well as other sporting and cultural events, both in winter and summer.

« This is great news », confirmed Nicolas Féraud, president of the ACCM Board of Directors. « It shows how united our municipality is in backing the events, and also the region’s enthusiasm for the World Championships, no doubt motivated by memories of the 1987 Championships, and the local population’s awareness of the importance of such a project. »

The stadium is due to be put out to public enquiry in the months ahead so that work can begin as soon as possible to meet the tight deadlines. 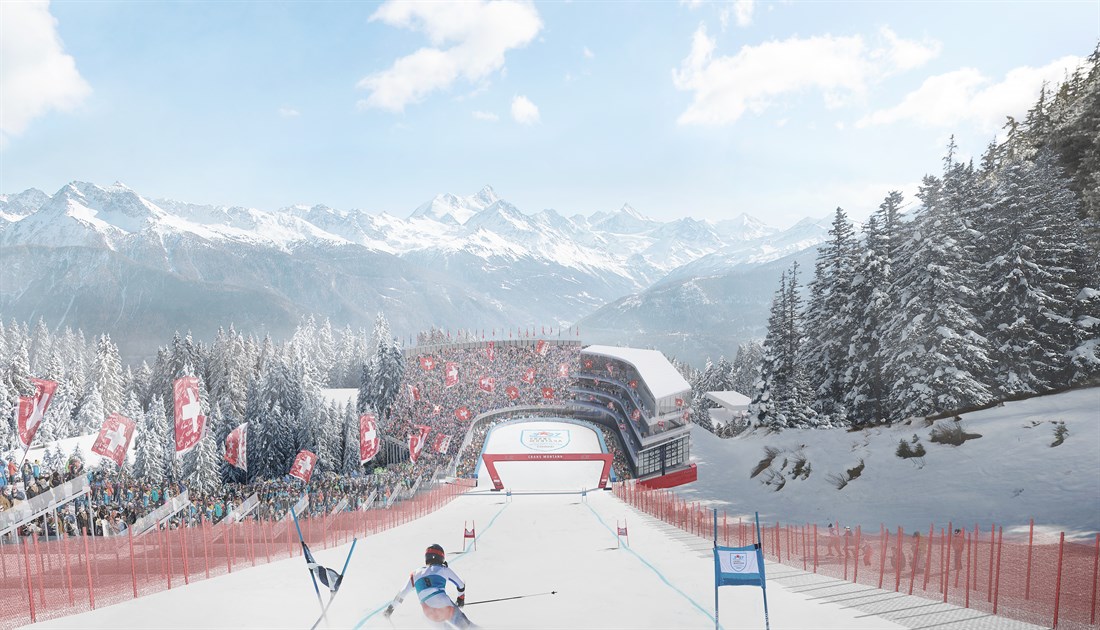