Marius Robyr and Hugo Steinegger, the two executive directors for the Crans-Montana bid to host the 2027 FIS Alpine World Ski Championships, took advantage of the fact that Michelle Gisin and her partner, giant slalom skier Luca de Aliprendini, were staying on the Valais High Plateau to pay tribute to her. The gold and bronze medallist at the Beijing 2022 Olympic Games has been a charming and effective ambassador for the bid. Throughout the bid phase, Michelle Gisin managed to constantly draw the attention of the ski world to Crans-Montana’s many assets. She was also a charismatic, passionate and convincing actress in the film that was presented to the FIS Council just before the election - To view the film > https://www.cransmontana2027.ch/en/home/ > The Bid Film 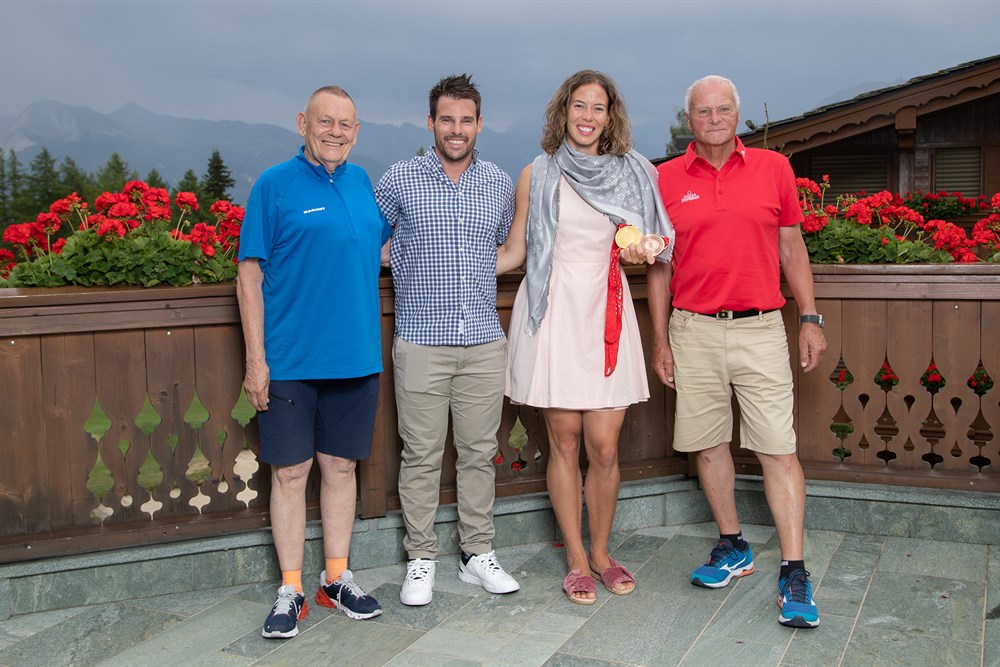