That’s it! Forty years after 1987, Crans-Montana is once again the epicentre of world skiing. The International Ski Federation (FIS) council awarded the organisation of the 2027 World Championships to Crans-Montana on Wednesday. The world's best skiers will once again compete on the Haut-Plateau - 40 years after the memorable celebration of skiing in 1987. Thanks to a strong bid and excellent teamwork between the Bid Committee, the political authorities, the ski lifts company and Swiss-Ski, Crans-Montana was rewarded in Milan. The Valais resort prevailed in the 1st ballot with a majority of 11 votes. Narvik and Soldeu got 3 votes each, Garmisch-Partenkirchen 1.

“Obtaining the 2027 World Championships is the reward for the excellent work carried out by the whole team over the last few years," said Urs Lehmann, President of Swiss-Ski and Vice President of the Bid Committee. “Our project was the most convincing because everyone, from the municipality to the canton Valais, pulled together. We also had widespread support from the ski lifts company and the local population. The members of the FIS Council recognised and honoured this.” The 1993 downhill world champion is himself one of the decision-makers, and was therefore able to lend his voice to the Valais bid.

Nicolas Féraud, President of the Bid Committee, also referred to a "very high level bid" which made him "proud". The President of the Association of Crans-Montana Municipalities has already promised to "do everything possible to make the event memorable" and intends to take advantage of the experience gained from organising FIS World Cup events in particular. "The technical knowledge and enthusiasm of the local population for skiing are widely recognised in Valais, and particularly in Crans-Montana”.

For his part, Marius Robyr expects "a magnificent festival of skiing that will attract over 200,000 spectators and, once again, there are sure to be breathtaking Swiss performances on the snow". The Executive Director of the bid underlines Crans-Montana’s "enormous experience", having organised World Cup and European Cup events almost every year since 2008. The Valais resort also successfully hosted the European Cup finals in 2009, and the World Junior Championships in 2011.

“The legendary Nationale and Mont Lachaux pistes have been completely redeveloped in recent years. Our master plan, which was drawn up several years ago, has paid off", says Hugo Steinegger, Executive Vice President of the bid. "A new, state-of-the-art, multi-functional finishing stadium will also be built before the World Championships.”

Now the bid is complete, it is also time to celebrate, says Marius Robyr and his team. The public will be invited to a big party on Sunday 19 June to celebrate the forthcoming World Championships in Crans-Montana. 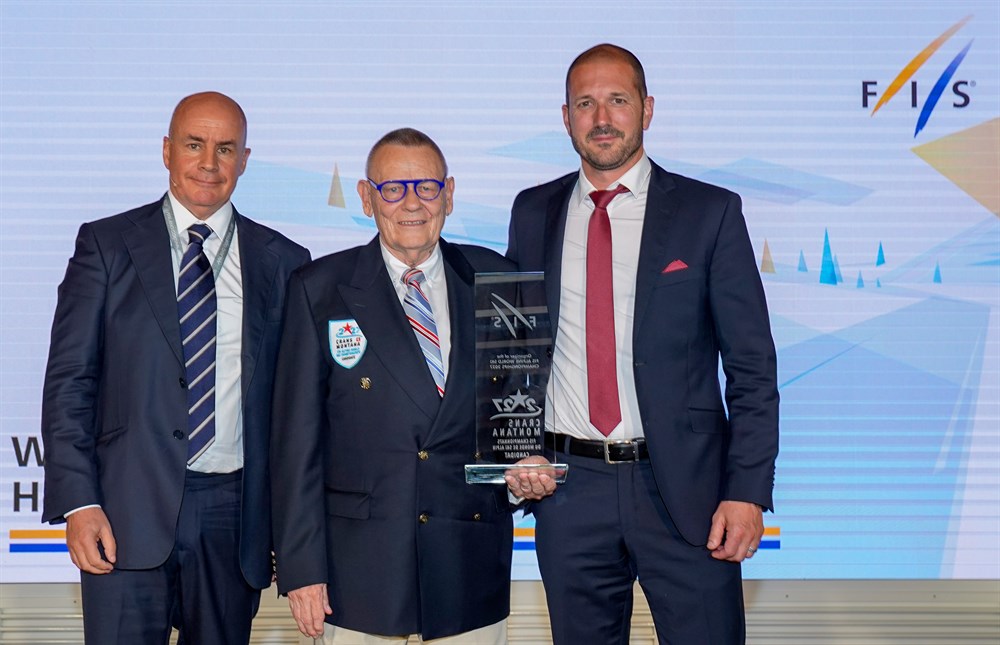