The Crans-Montana Ski Lift company (CMA), the Swiss Ski Federation (Swiss-Ski) and the Association of Communes of Crans-Montana (ACCM) have signed a tripartite agreement leading to the creation of an association. This agreement formalises and ensures close collaboration between the three stakeholders, notably in the framework of the bid to host the FIS Alpine World Ski Championships in Crans-Montana in 2027.

Initialled on 26 February in the presence of representatives of the three parties, the agreement formalises the creation of an association guaranteeing the general framework for the organisation and implementation of the Alpine World Ski Championships in conjunction with the submission of a bid by Swiss-Ski to the International Ski Federation (FIS).

In anticipation of and pending the official award of the contract (25 May), this agreement makes it possible to anticipate the legal, operational and organisational provisions that implementation of the event would represent. The preparation of competition infrastructure, logistics, transport and accommodation services, as well as security and other issues are defined in the association agreement, which also ensures the sharing of skills, knowledge and expertise as well as mutual support between the parties and members of the organisation.

It also provides for the creation of a committee consisting of a chairperson, members of the association mentioned above, and local representatives. This committee will also be responsible for establishing organisational rules, and dividing responsibilities between the committee and the management.

It should be noted that in addition to the objective of successfully implementing the event on an organisational level, the association’s agreement also undertakes to support the sustainable development of sporting, regional and economic interests of Swiss sport and the region of Crans-Montana and Valais.

For the ACCM Board of Directors, "this agreement reflects the three partners’ intent to work together to ensure successful organisation of the Alpine World Ski Championships. The municipalities of Crans-Montana, Icogne and Lens are delighted to be signing this important agreement ."

For Philippe Magistretti, CMA president, "this agreement not only enables us to allocate the logistical and operational skills required to organise a major event, it also demonstrates the spirit of unity around this sporting project, the objective also being to promote the assets of our destination in terms of tourism."

For the CEO of Swiss-Ski, Bernhard Aregger, the conclusion of this agreement is an extremely positive sign: "In the hope that the FIS will award the World Championships to Swiss-Ski and Crans-Montana, with this framework contract we have taken an important step with a view to organising this major event. The foundation stone has been laid so that 40 years after the last World Championships on the Haut-Plateau, major festivals can once again be held in Valais." 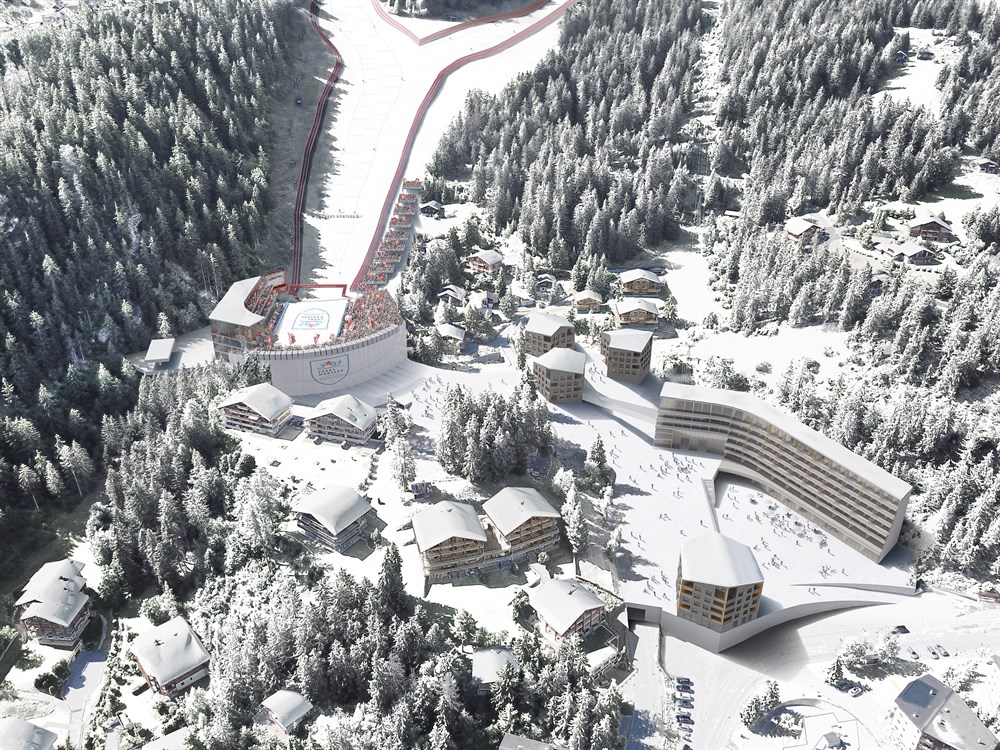