A surprise has appeared for the 2022 World Cup races in the famous ‘Trou du renard’, or Foxhole, area. A wooden sculpture of a fox has been installed, and should provide some great images for the event.

The history of this place, which is considered the most technical part of the superb Mont Lachaux piste, is unusual to say the least. During construction of the course, a den was discovered. The wildlife warden was then contacted in order to move the foxes to a new home, not far from their original den. The move was a success, and the foxes gave their name to the site.

With this traditional sculpture, which has been delivered straight from Brienz, a town renowned for its craftsmanship in woodcarving, the best downhiller skiers in the world will now have the support of a fox alongside the piste. 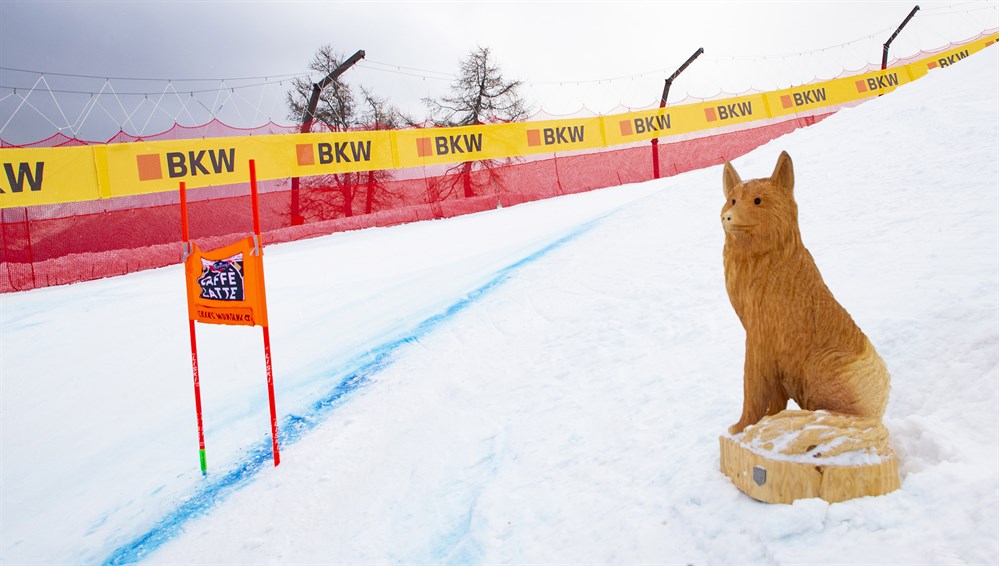