It bodes well for this weekend’s races :  there were already several thousand ski fans present on Friday evening to cheer the stars of the White Circus at the first draw for race numbers. Every athlete who descended onto the stage by zip line was greeted by loud applause.   Naturally the decibels skyrocketed for the World Downhill silver medallist  Corinne Suter. The Swiss skiers’ ‘rivals’, Italian Sofia Goggia and the Austrians, were also warmly welcomed by the Crans-Montana crowd, and they all appreciated the fireworks at the end of the ceremony.

The reigning world champion, Slovenian Ilka Stuhec, had the honour of choosing her bib number first, and will be sporting number 1, while Corinne Suter took number 11.

On Saturday, the programme of festivities after the morning’s races starts at 17.30. It includes a performance by the Jungen Zillertaller, which will be followed by prizegiving for the Downhill, and the draw for race numbers for the Combined on Sunday. Not forgetting the huge

"World Cup Party" at the Régent tennis hall, with concerts by the Genderbüebu and the Jungen Zillertaller, for a night which will continue until 2 in the morning. (Tickets available at the Régent on the night). 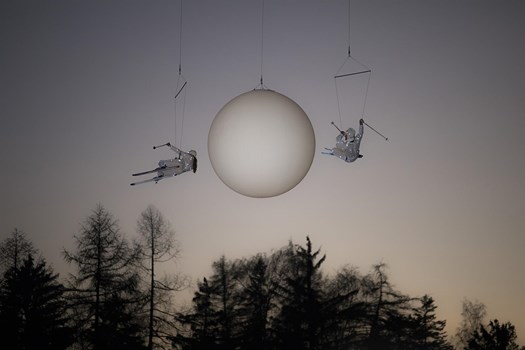 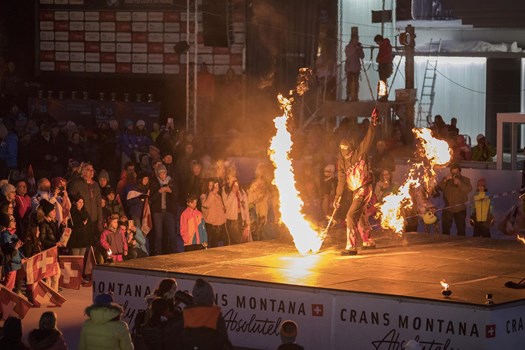