Wendy Holdener didn’t falter as the sunshine returned to Crans-Montana on Sunday. The headliner of the weekend from Schwyz picked up the crystal globe for the Alpine Combined, finishing 4th in a race that was won by Federica Brignone, who edged in front of Michelle Gisin. A little Globe which surely has to lead to dreams of a bigger one…

"I’ve always said in the past that I wanted to become an all-round skier. That’s still the case. But you shouldn’t underestimate the difficulties of competing in one race after another throughout the season. I’m taking it one step at a time", said a cautious Wendy Holdener during her interview.

"It’s too early to think about the big globe. I’m going to finish the season first of all, as I still have objectives: I can still end up on the final podium for the Slalom final, and I want to defend my second place on the general leaderboard", she added. "Then we can put a new preparation programme in place for the summer. But I really don’t want to neglect the Slalom and the Giant. And Mikaela Shiffrin will be difficult to beat in the general standing ", she pointed out.

Nonethless, Wendy Holdener has clearly reached a milestone this season. Currently 4th in the World Cup Slalom, and 8th in the Giant – a discipline which she’s made huge progress in this season – she landed her first podium in a speed discipline almost naturally on Saturday on the Mont-Lachaux piste (3rd in the Super-G), surfing the wave of her Olympic exploits.

The triple medal winner in the Pyeongchang games (Gold in the Team Event, silver in the Slalom, bronze in the Combined) is in any case a solid runner-up to the extra-terrestrial Mikaela Shiffrin on the General leaderboard. With 952 points to her name now this season, she has already beaten her record, which dated back to the 2015/2016 season (817 points, and 6th place overall on the General leaderboard). And she has plenty of room for progression, notably in the Downhill.

This is the second time that Wendy Holdener has been awarded the little globe for the Combined, after her success in 2016. Even if this trophy, awarded after just two heats this winter, is not quite as dazzling as a globe for a "real" discipline (Downhill, Super-G, Slalom, Giant), it genuinely rewards the versatility of the 2017 Combined World Champion, who’ll be celebrating her 25th birthday on 12 May.

Inevitably glowing after her award, Wendy Holdener explained however that she’d had a difficult day. "I was nervous, even before the start of the Super-G. Of course I’m happy that I’ve won this Globe, but I didn’t really enjoy skiing because of this", she confided. "On Saturday, the wonderful atmosphere, thanks to the crowd,  gave me wings. But today it put me under pressure."

Gisin is also dreaming of the General

The celebrations for the fervent Valais crowd weren’t quite complete on Sunday, as Federica Brignone pulled out all the stops to make her mark and take first place in the discipline for the second year in a row in Crans-Montana. In only 17th place in the Super-G heat, Michelle Gisin’s performance improved drastically. But the Obwald skier (also 24 years old) was 0.03 seconds behind the Italian. "This 2nd place validates the Olympic title I won in the discipline. I’m delighted, even if I just missed my first success in the World Cup", explained Michelle Gisin.

Michelle Gisin is also brimming with ambition: "Everyone dreams of the big crystal globe. I’ve done some incredible things this season, namely winning this gold medal. I’m also very happy and very proud to have take part in this many races whilst managing to remain competitive when it mattered the most. This season was a test, with an accumulation of races, and I managed it", she said, delighted."And I’ve passed an important milestone, as I’ve earned over 500 points. This will enable me to leave armed with the no. 31 bib for the first Giants next winter. I’ll be trying to get closer to the very best in the discipline in Sölden", confided the skier from Obwald, whose ambitions are as justified as Wendy Holdener’s.

The Haut Plateau World Cup Races Organisation Committee briefly mentioned the candidature for the organisation of the 2025 Crans-Montana/Valais FIS World Championships and the Sion 2026 Olympic Games. After the races, 26 young people from all over the canton had the privilige of skiing down the World Cup piste guided by ex-champions Erika Hess, Roland Colombin and Dominique Gisin.

Marius Robyr, President of the Organisation Committee, has every reason to be proud of the work carried out, and can record a positive final result at the end of the Super-G and Alpine Combined races this weekend. The athletes gave brilliant performances, and the different groups of the organisation committee, with unwavering support from the cable car company, as well as from military and civil protection members, met all the demands that were placed on them. This was also the case for the four heats of the Ladies European Cup which took place a few days before the main event. Another pleasing result to add to the final report was the huge public attendance once again : 16,700 spectators graced the World Cup with their presence this weekend, as well as some 5,500 fans who enjoyed the entertainment and ceremonies at the Ycoor Ice Rink, and not forgetting the 1,000 folk music fans who attended the Oesch’s die Dritten concert on Saturday night at Le Régent tennis hall, and which was sold out. 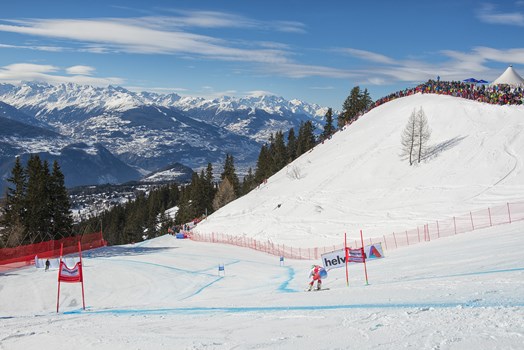 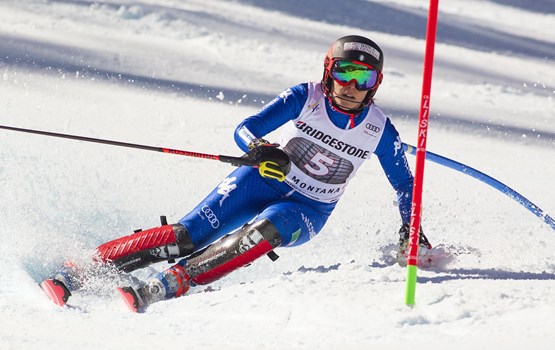 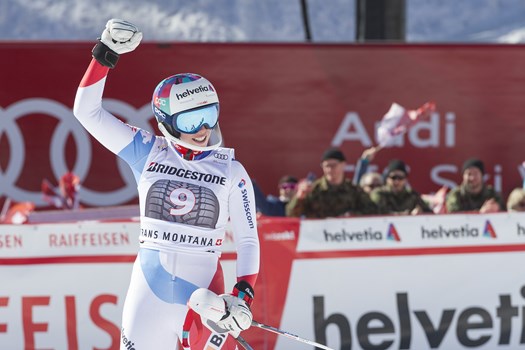 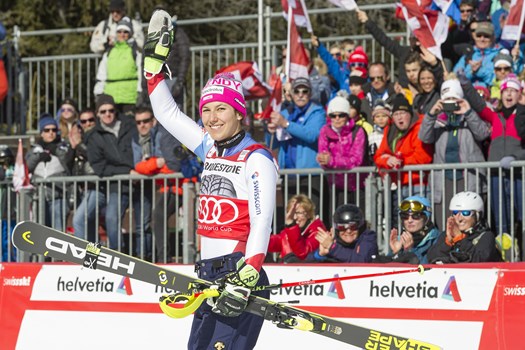 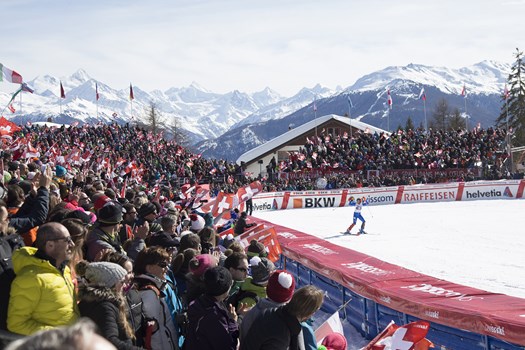 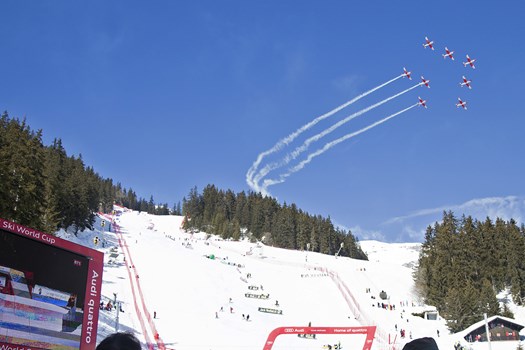 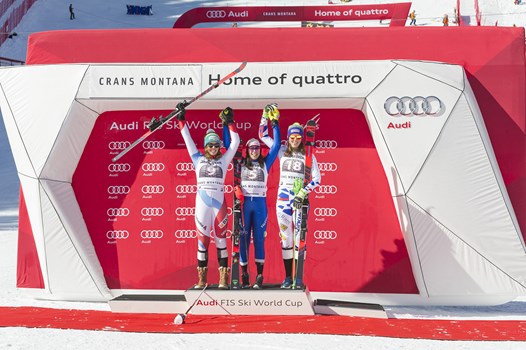