Mikaela Shiffrin found the world Cup where she left it: at the summit.  After two months of absence, the American took the slalom on Monday in Crans-Montana.

The nugget from Colorado was not on the circuit since mid-December in Åre, where she ripped a collaterial tibial ligament on her right knee during training.  After having thought that she would no longer ski this winter, she was able to recover in time, choosing Crans-Montana for her come-back. And the least one can say is that it is a success.

Despite little training - six days between the rods since her injury -, Mikaela Shiffrin took back her domination in the slalom on the Haut-Plateau. Certainly less in advance than during her two previous runs in Aspen - 3"07 in advance on the runner-up the first day, 2"65 the second day-, nevertheless, she fully mastered her run in Valais.

Already in the lead after the first round, the lady skier from Vail managed her take over in the second un, taking on the fog that penalised the lady skiers that left right before her. On the finish line, the American took the lead over two French-speakers that were unexpected at such a level, the Frenchwoman Nastasia Noens (by 0''45) and the Quebecker Marie-Michèle Gagnon (by 0''50).

"I came into the unknown in Crans-Montana. Even if I had more confidence during training, I did not know if it would be enough for the race", admitted Mikaela Shiffrin. "It is not an easy slalom for a come-back. The slope was steep, the poor visibility made things more challenging. I am relieved to have gotten through it", added the slalom queen.

In terms of statistics, the Olympic and double world champion had her 17th victory in the slalom - 18th in all - in a World Cup. To bring to the same level at the Swede Anja Pärson, 5th rank of the most prolific slalom lady skiers in history, despite not yet reaching 21 years old (she will turn 21 in March).  In addition, Mikaela launched her career by ranking third in the slalom at the FIS Junior World Championships in 2011 in Crans-Montana.

The Swiss ladies fall behind

In front of the full stands, the cancellations of the two past days (Downhill + Alpine combined) did not stop visitors to come to the foot of the Mont-Lachaux, the Swiss ladies fell behind.  The deception is particularly strong for Michelle Gisin, who, after an encouraging 5th place in the first wound, was eliminated in the afternoon.

"I still felt so good on the first race path.  But I did not succeed in getting the same feeling, losing a good rhythm as of the first doors.  It is really a pity", regretted the lady from Obwald.  "I really need to work hard to align two good rounds in a row.  It is the next hurdle that I need to get over", she added.

As in almost every slalom, the best Swiss lady skier was Wendy Holdener with 9th place.  A bit sketchier than normal, the lady from Schwytz as not happy with her rank, her second least best in the slalom season.  "The conditions were difficult in the second round and I could not run like I wanted to.  I am capable of doing much better", she said.

Third Swiss lady skier to have made the cut after the initial run, the lady from Vaud Charlotte Chable came in 25th.  "I made a big mistake after the first doors of the second round (she was 22nd of the 1st round).  That made me loose confidence, and I fought to stay in the race", she stated, who had two eliminations. 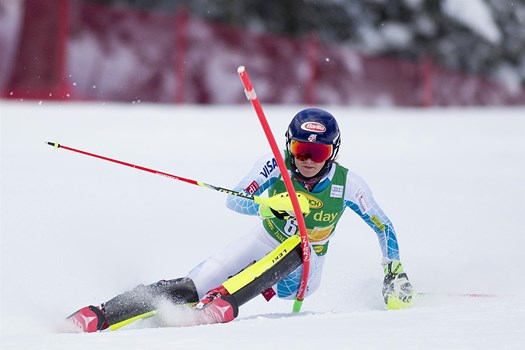 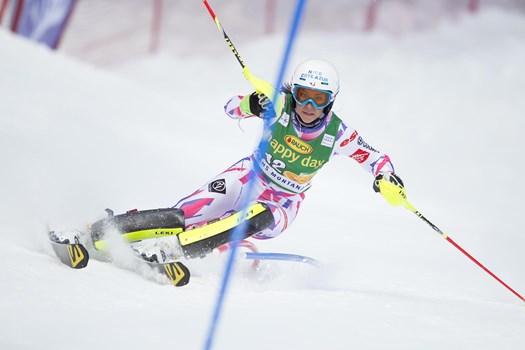 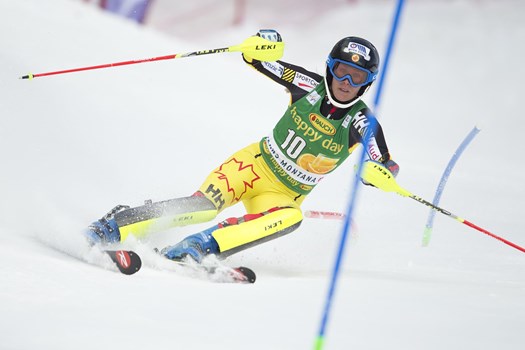 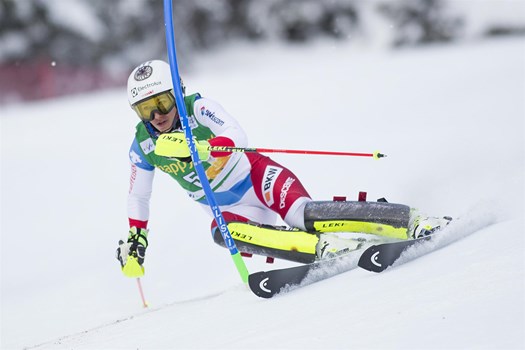