Fabienne Suter 1st, Lara Gut 2nd: The Swiss ladies confirmed their mastery of the Mont-Lachaux slope Friday during the second training round in light of the downhill Saturday.

Best time the day before, Lara Gut gave eight one-hundredths Friday to Fabienne Suter at the end of a training round that, contrasting to the round on Thursday, could compete during the entire race. "I was a bit surprised to take the lead", admitted the lady from Schwytz. "I had not taken on certain passages in an optimal way.  And at the bottom of the slope, I did not take the slightest risk, being content to find the right path", she shared.

Lara Gut was not perfect either. This did not stop her from leaving a great impression on her ability to take on certain passages, which give us an idea of what is to come for the downhill on Saturday.  Of course, depending on whether she makes the same mistake as during the last competition in 2014 when, victim of her ambition, she was eliminated after achieving an impressive outcome during the training rounds. Lara Gut did not spend a lot of time on Friday in the arrival area, zapping through questions from journalists in order to go train for the slalom. The goal: to be as perfectly ready for the Alpined combined race, programmed for Sunday in the Haut-Plateau.

Third great favourite for the downhill on Saturday, Lindsey Vonn signed the fifth chrono, by 0"30 to Fabienne Suter, all whilst slightly braking before passing over the finish line.  The American showed clear progress in relation to the day before (16th by 0"97), she who was careful during the beginning on the Mont Lachaux (she has injured herself in 2014 for the inauguration of this slope).

"Lara and Lindsey kept their strengths during training rounds, and they remain the favourites for the downhill.  However, I also know that I have a chance in my cards, stated Fabienne Suter. I love this slope, which leaves no breather.  You have to be strong to take it on and I like that a lot."

If the weather does not spoil the party - snowfall is predicted, but a calm period is forecasted at the time of the race (10:30am) -, the victory should not get away from the trio Gut-Suter-Vonn.  On Friday, during training, there was only really the American Laurenne Ross (3rd by 0"99) and the Austrian Sabrina Maier (4th by 0"24) that gave good performances.  The others were quite conquered by the Mont Lachaux, because of several eliminations during this training round. 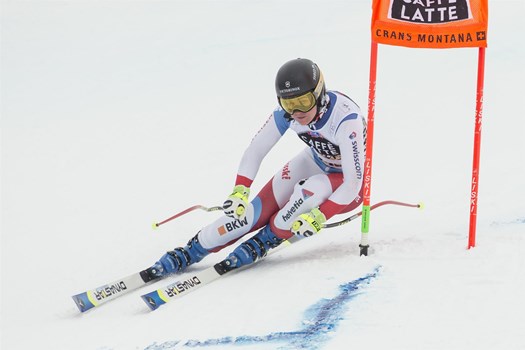 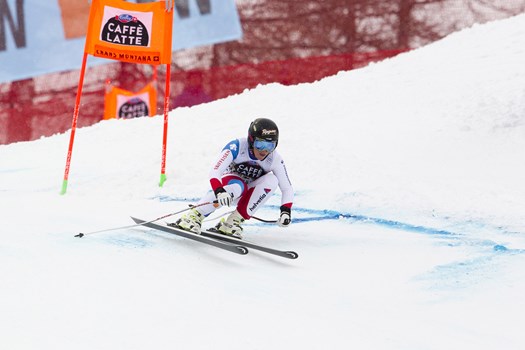 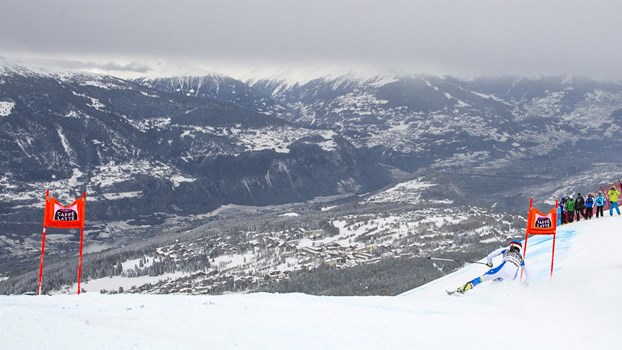 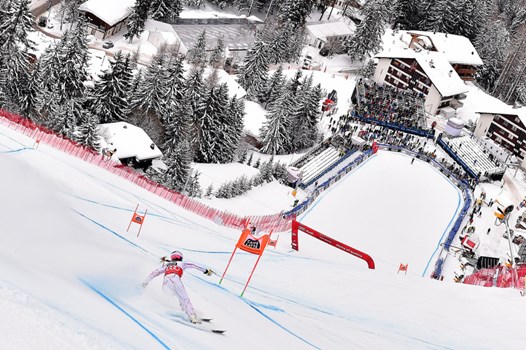 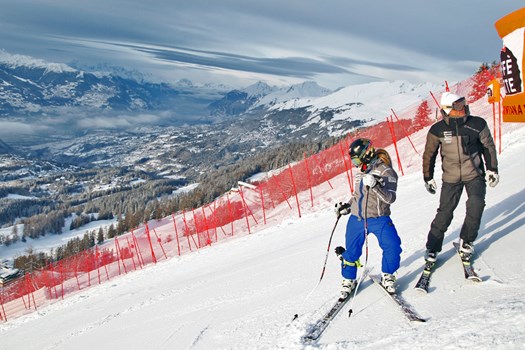