The women’s Swiss Junior Championships Downhill generated real show and suspense: for example the three first classifications, Julie Dayer (SC Hérémencia), Thea Waldleben (SC Horw) and Noemie Kolly (SC La Berra) are in a tight race, only five one-hundredths of a second separated them in the classification of the FIS Oerlikon race.

Coming back after having been wounded, the talented Valaisanne Julie Dayer (20 years old/SC Hérémencia), member of the cadre-C, triumphed in the Downhill, category M21 (years 94-96).  She very much deserved this third gold medal in the Swiss Junior Championships, after those she won in 2013 in the Downhill and in 2014 in the Super-G.  The silver medal went to Medea Grand (SC Torrent-Albinen) and the bronze to Nathalie Gröbli (SC Emmetten), a favourite who lost and was disapointed. 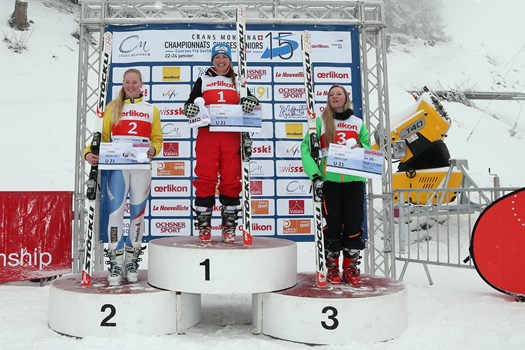 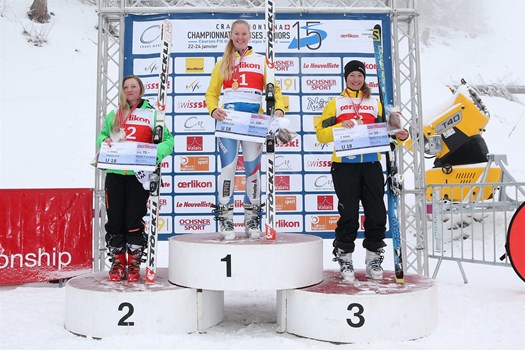 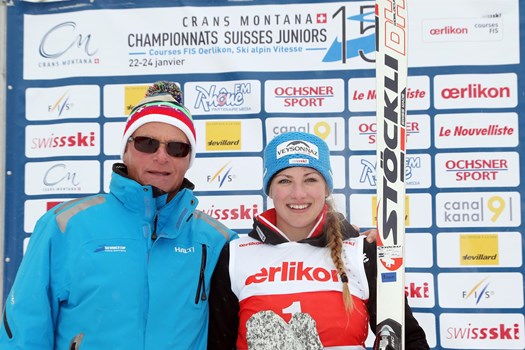 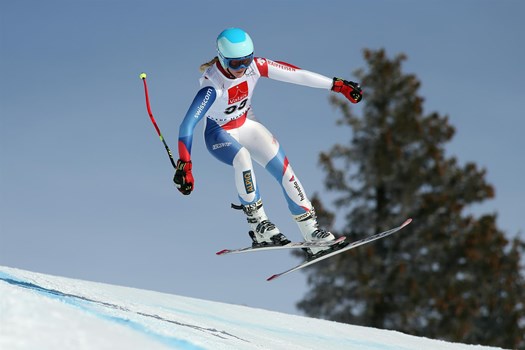