Just like tens of thousands of other fans, Frédéric Favre was delighted by the great atmosphere in the "cauldron" of Crans-Montana on Friday and Saturday. The state councillor for Valais insisted that «the public has always been extremely enthusiastic about skiing» on the Haut-Plateau. 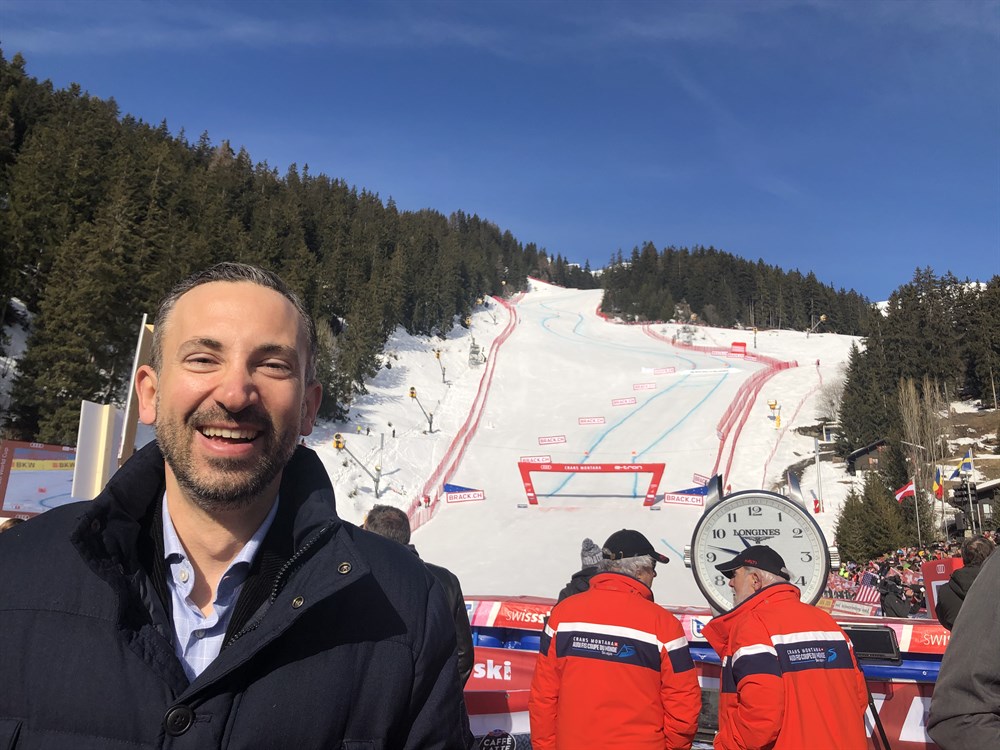 This wave of enthusiasm also has a positive impact on the athletes in the resort, which is a candidate for organisation of the 2025 World Championships. «All of the White Circus milieu is visibly happy to be here in Crans-Montana», he was delighted to say in the finish area for the World Cup races. Frédéric Favre guarantees a warm welcome for team members and also for the Swiss and international public. «It would of course be the same for the World Championships», he promises. The forty-something from Vétroz, who has been in office since 2017, is convinced that «the buzz around skiing will spread throughout Valais». The state councillor welcomes the fact that the population «have a strong desire to experience something as special as the 1987 championships».

According to Frédéric Favre, the buzz is jut as much for the women’s as the men’s races: «We Valaisans simply love all of the disciplines, whether it’s slalom, downhill or combined. I’m convinced that it would be in the best interests of the FIS to have a presence in locations such as Crans-Montana».

What is the Canton of Valais going to do for the World Championship bid? «The most important thing is definitely lending political support in all the domains», he explains.

The aim is to show that it’s not just the ski resort, the organising committee and the cable car company who are interested in the World Cup, but the entire canton of Valais.» Valais has promised the FIS that they will «support the candidacy, as demonstrated in the slogan ‘Tous ensemble’(all together) ». The state councillor in charge of sport is convinced that the Valaisans want to « experience great moments of intense emotion ».