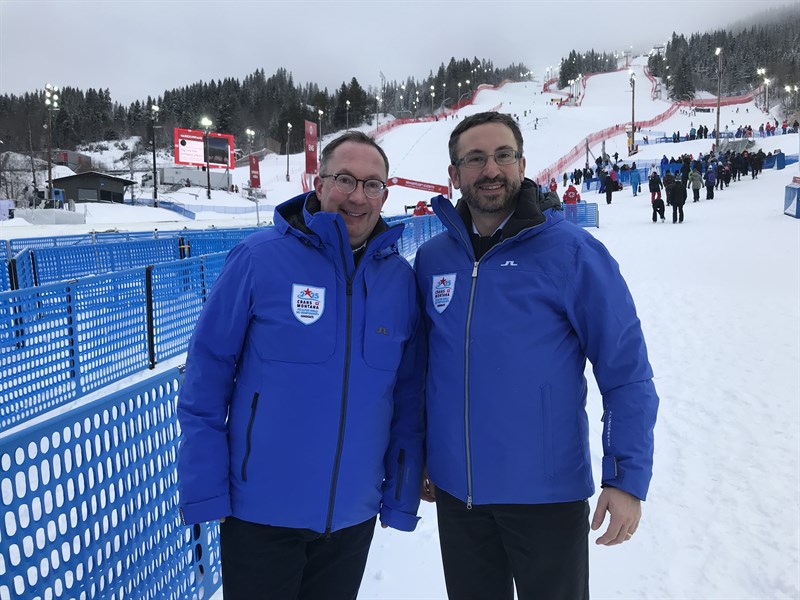 The packed « House of Switzerland » literally shook when Wendy Holdener walked in after the rounds of interviews and the medal ceremony.  The sports minister from the canton of Valais was there, ready to greet her with an immense bouquet of flowers, which was a personal initiative. In fact once  the race was over, this big ski fan set off to look for a flower shop in Åre. And he found one. He didn’t buy just one bouquet, but… 10 ! The thrilled florist didn’t say anything whilst he carefully wrapped them, arranging them in a most professional way into a magnificent basket.

Nicolas Féraud, president of the commune, wasn’t to be outdone. Confident of Wendy Holdener’s skills, he had already thought ahead and brought a magnificent box of chocolate creations from the highly renowned 2013 Swiss champion, David Pasquier, whose « David, L’Instant chocolat » brand is extremely popular in Crans-Montana, Sion and Vevey. State Councillor Favre and the president of the commune Féraud are not visiting Åre as tourists however, they are there to lead discussions and cement important relationships with influential figures in the world of skiing in relation to the Crans-Montana/Valais bid to organise the 2025 FIS World Championships. The deputy director, Hugo Steinegger, led them on a visit to every nook and cranny of the enormous infrastructure that this type of event demands today. A few figures illustrate this : 70 countries taking part, 600 athletes, 1,400 media representatives, 600 hours of television broadcasts and some 700 million tv viewers all over the world !

Crans-Montana is delighted to be able to welcome the best female skiers in the world very soon, as part of the World Cup races on Saturday 23 and Sunday 24 February. The Valais Haut-Plateau resort knows how to welcome the medal-winners in style. We promise, whether it’s in the finish stadium, at the Crans-Cry d’Er car park/Bar Xerodix, at the celebration headquarters in the Violettes car park, at the Ycoor ice rink or in Le Régent tennis centre, THIS CELEBRATION OF SKIING WILL BE A GREAT ONE ! 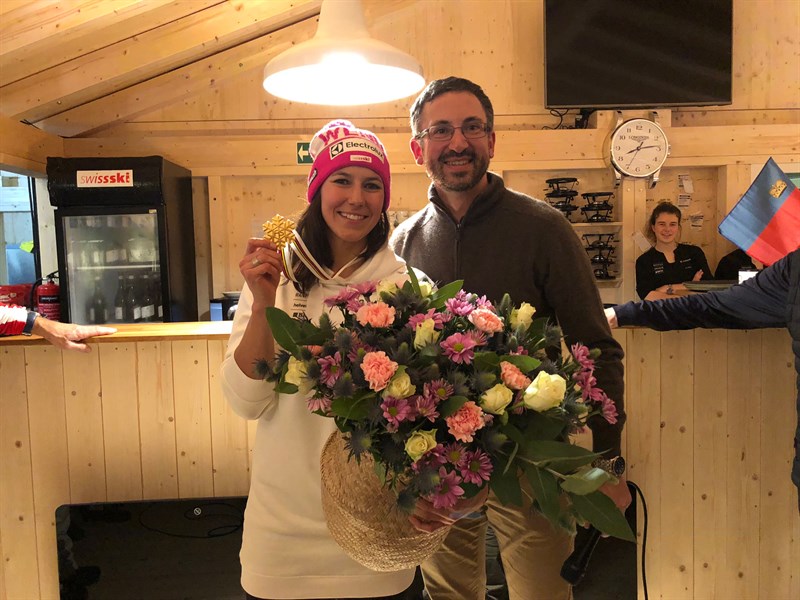