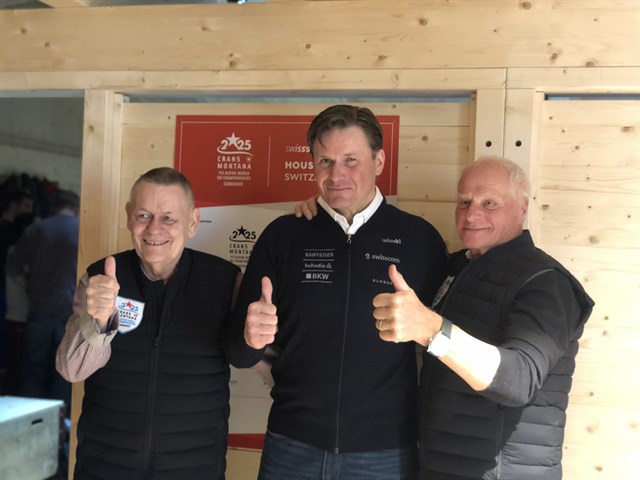 As candidate for the organisation of the 2025 World Championships, Crans-Montana/Valais has a strong presence during the race days for medals in Åre. In Sweden, the location for these global tournaments, the  Valais Haut-Plateau resort is Swiss-Ski’s main partner at the « House of Switzerland », and the Swiss-Ski president Dr. Urs Lehmann is also vice-president of the bid’s strategic committee. Marius Robyr, the Valais bid’s executive director, and Hugo Steinegger, deputy director (photo at the top of the section) see him as a highly respected advisor, and a valuable individual in international ski politics. « The 1987 World Championships in Crans-Montana were extraordinary, unforgettable. We want to experience that again ! » says Marius Robyr, who is also president of the annual World Cup races in Crans-Montana that take place in two weeks’ time, and who is more motivated than ever.