Alpine ski races in Crans-Montana have always been a great success. They started in 1911, with the first downhill in skiing history. Then came the first FIS World Cup race in 1977, the unforgettable

1987 World Championships,  and since 2016, the annual World Cup ladies’ classic. Now an important new chapter is on the horizon, the return of the Alpine World Ski Championships to the Haut-Plateau region.

The Crans-Montana/Valais 2025 bid has to be conducted with energy, emotion and confidence.

On Wednesday 3 October 2018, Marius Robyr, executive director of the Crans-Montana/Valais bid for the organisation of the 2025 Alpine World Ski Championships, had the great pleasure of unveiling the logo for the bid. This took place in the presence of representatives of local authorities, the media and other guests. The logo is a judicious union of the canton of Valais, the destination of Crans-Montana and the FIS International Ski Federation Alpine World Ski Championships. Marius Robyr describes it as dynamic, modern and convincing, a logo which creates strong links and ties.

The design of the new SMC bus– the first model –displays the main elements of the new image for the bid. The common theme; competence, and a passion for competition alpine skiing, uniting the past, present and future.

All of these elements combined lend to the bid the desired character, strength and modernity.

This  friendly meeting about the bid took place at the CMA cable car « Barzettes » car park. In brief addresses, Martial Kamerzin, president of the ACCM (Crans-Montana Association of Communes), Philippe P. Magistretti, director of the CMA cable cars, and Patrick Cretton, director of the SMC (Compagnie de Chemin de Fer et d’Autobus) transport company, declared that they were united in fully supporting the « challenge » of the Crans-Montana/Valais bid for the organisation of the 2025 FIS Alpine World Ski Championships. 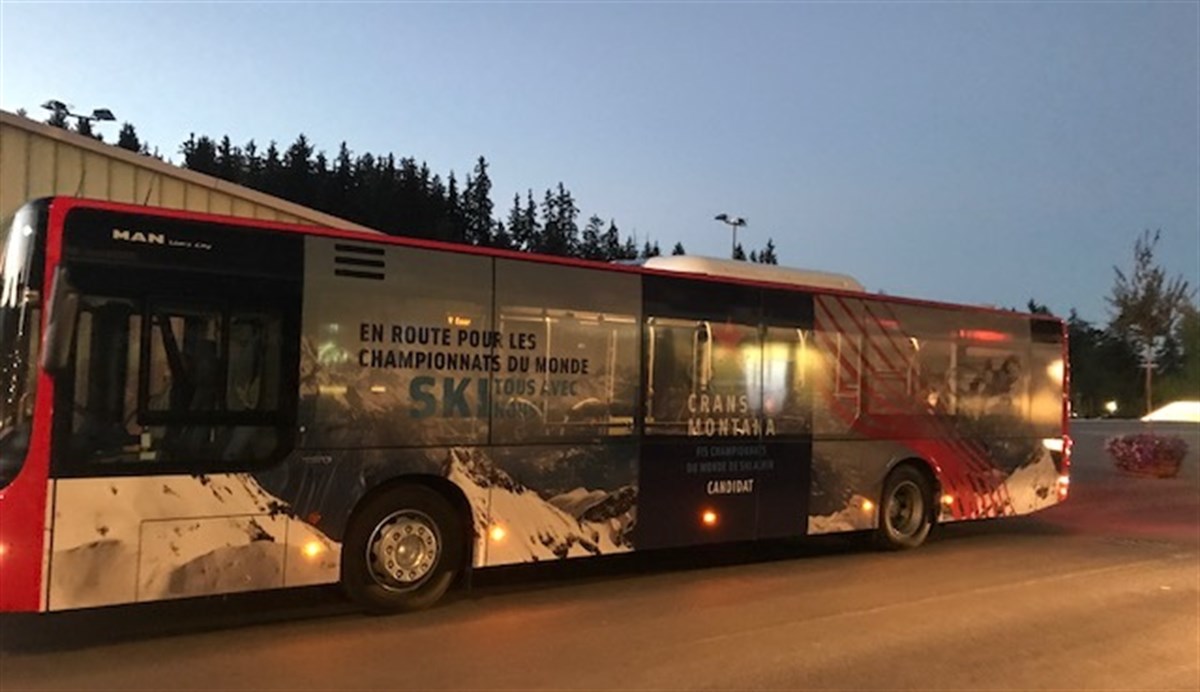