24.06.2017 - Crans-Montana is not going to let the organisation of the Ski  World Championships go. At the Swiss-Ski assembly of delegates in Losone on Saturday, the Valaisans confirmed their desire to stand as candidates for the 2025 and 2027 events, and then 2029, in the event that they are not successful.

If Crans-Montana had to reiterate its ambitions at Losone, it is because St-Moritz has appeared on the horizon wanting to take its place, in a request that was accepted by Swiss-Ski representatives on Saturday. The Grisons resort, which has just organised the Worlds in February, says it is ready to replace Crans-Montana, arguing that the Haut-Plateau was likely to be hosting two major events in a short period of time if the 2026 Olympic Games were also awarded to Sion.

For the organisers in Valais on the other hand, obtaining the Games would not harm their candidacy for the Alpine Ski Worlds. "On the contrary, it would enable us to create synergies between the two projects", says Marius Robyr, president of the Crans-MontanaSki World Cup organisation committee, at the end of the assembly of delegates. "Whatever the fate of the Sion project for the Games, we are going to organise the World Championships. I was very firm about this", he added.

Also present in Losone was Nicolas Féraud, president of the commune of Crans-Montana and representative of the ACCM, and he reminded Swiss-Ski delegates that in their 2014 assembly, they had designated the Valais resort representatives of Switzerland at the future Worlds in Switzerland. And that since that time, Crans-Montana had thrown itself fully into this challenge, with the support of the canton of Valais, the Haut-Plateau communes, the skilifts CMA and the touristic entities.

Crans-Montana, which has not hosted the Worlds since 1987, has to forward its candidature bid to the International Ski Federation (FIS) by 1st May 2019, whereas the host for the 2025 event would be announced during summer 2020. As for the town selected for the 2026 Winter Olympics, this would be revealed one year earlier, at the IOC session planned for the summer (or autumn) of 2019. 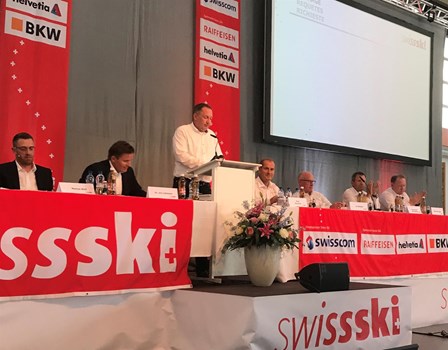 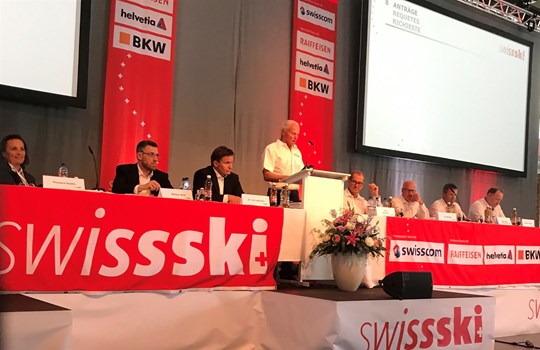 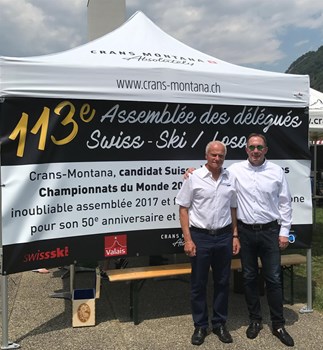